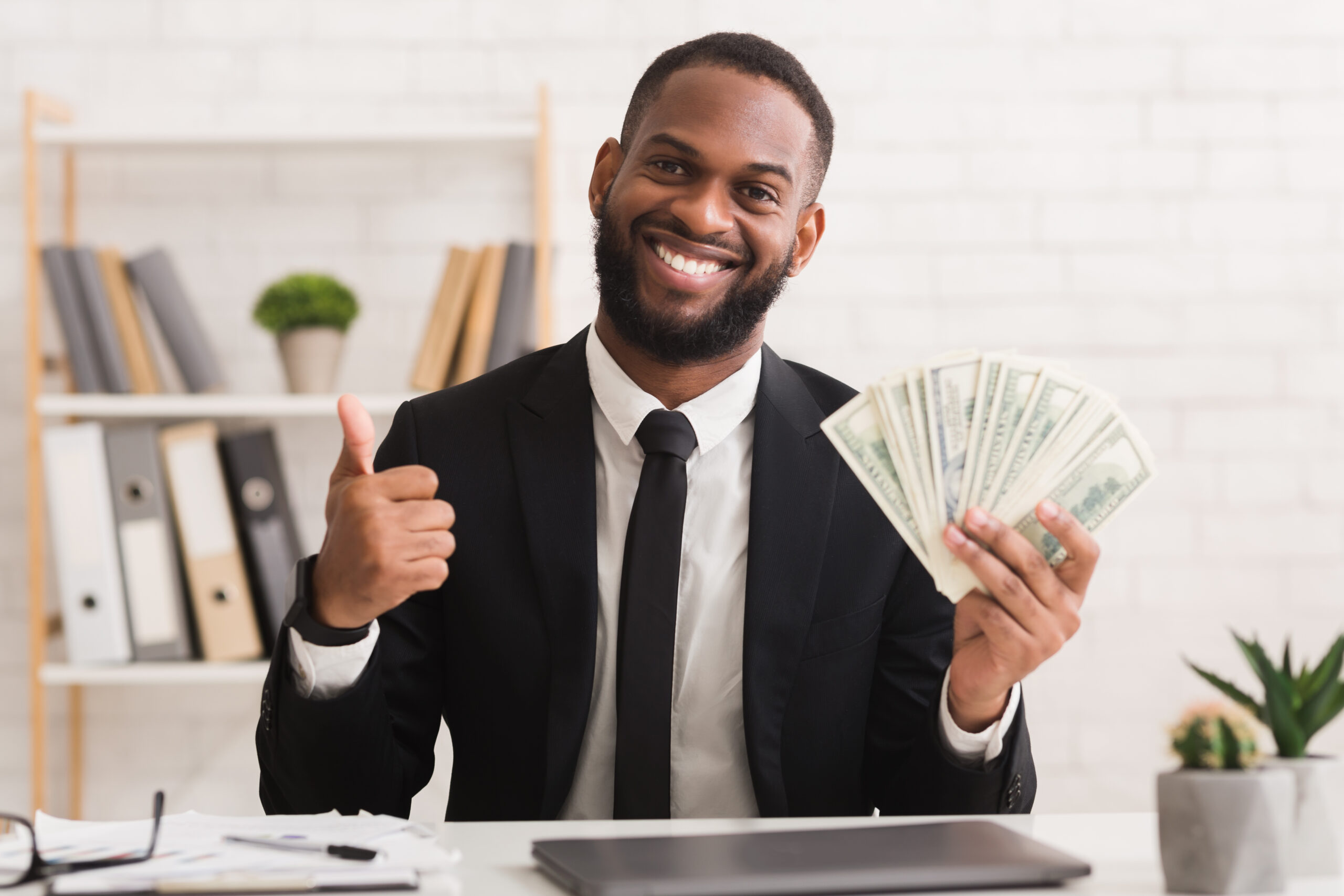 Sometimes I have a coaching client and they tell me they want a pay-raise but it will never happen. “How do you know?” I say. “Well I’ve already asked, I got a flat ‘no’! There’s no question about it.”

So I sit them down and we think it through a bit more and the next time we meet, they say “I’ve got that pay-raise!”

This, in fast-forward, is what we do.

I tell them to do their research and find out, with real evidence, what is the going rate for the job they’re doing in their industry, in their region. And the answer, of course, will be a range so we explore the reasons for someone earning at the top of the range as opposed to the bottom.

I tell them to be ambitious, go for the top of that range. In fact, I say, let’s aim above it.

“There’s no point, I’ve already asked, they said no.”

“Of course they’d say no. We’ve only just started. If we want an ambitious outcome, we have to be ambitious for them too. And at the moment, we don’t really know what that is.”

So I tell them to do more research, this research is on their boss. What is the world like for their boss? What are they trying to achieve? What are they worried about? Who do they report to? What are they measured on? What type of person are they? What will make them look good in front of their people? How do they like to discuss this kind of thing? Email? Down the pub?

Until we know this kind of information, we don’t know how to ask in the right way. We could get any one of these factors wrong and it completely sabotages our request. Get it right, though, and we’re much more likely to hit the bullseye.

Except this isn’t enough, either, because so far we’re only guessing. Useful guesses, but guesses nonetheless. To get more accurate information, we need to ask.

And listen, listen deeply, listen for the non-verbals. This is how we find out their real goals and their real concerns. Because there are some goals and some fears they will tell you, that you may know already, but there are some others that they won’t. But they will leak. So as you ask them about their world, about their drivers, and you listen deeply, you just might find out their real drivers, the ones they would never publicly admit to but, unknowingly, they just told you.

And all the time you’re listening and tuning into the non-verbals, you’re really getting into their brain and understanding exactly how they make their decisions, all of which is critical information for later, when we actually make our request.

And more, you’re building their trust in you. Deep listening is a really powerful way of showing you get their situation, you get it and you’re really going to help them with it.

And if they really feel that, now they just might start to think how they can help you in return.

Let’s be clear, you’ve got to be worth it. This method won’t work if you’re rubbish at your job. So be good, do the work, hit your targets, have the qualifications, have the credentials, have the necessary appurtenances. Have evidence to back all of this up and it will help them say yes, especially if they have to sell the idea to someone else. Always give them what they need to justify the decision to others.

They might say no and that’s ok, don’t have a hissy-fit and storm out. Always allow them to say no, in fact you might even suggest it. If they feel any kind of pressure, if they feel cornered, they are likely to get defensive and that is the end of your hopes.

And, after all, it’s only their first answer; you are, of course, sufficiently magnanimous to allow them to change their mind. And you’ll even help them with that process.

In fact, it’s quite likely they will say no to your ambitious request at first; it’s ok, they just haven’t seen the wisdom of your ways yet. Or there is a block that they are aware of and you don’t yet know.

“Because your performance doesn’t currently justify it.”

“Ok, so can we discuss what performance measures would justify it?”

“I suppose so. But it still wouldn’t be enough.”

“So if I could hit the performance measures and persuade the finance director, would you say yes then?”

“Yeah, but good luck with that, she wants to reduce wages not increase them.”

“All she ever thinks about is saving money.”

“Ok, that makes sense. So if I could find a way to save more money than my pay-raise, do you think that would persuade her?”

“I suppose so, you can always ask.”

“Thanks, that’s been a real help.”

Oh, and it doesn’t harm if they think it is their idea.

Say it the right way

If they’re a fine diner, take them to a nice restaurant; if they’re a football fan, ask after their team won. If they’re a stickler for detail, give them the multi-row spreadsheet; if they’re big picture, give them bullet-points. And if you fit your outcome to their drivers, their real drivers, to their values, using the very words they have given you, they can’t really say no.

Now when I sit down with my client I go into a lot more depth than in this article but even with this shortened version, I’m sure you’ve seen a lot of things that can help you get the money you deserve.

You see, asking for a pay-raise usually gets a no. But if you ask in the right way, you’ll change their mind and get a yes. Best of luck and let me know how you get on!