Have A Happy Neighbour! 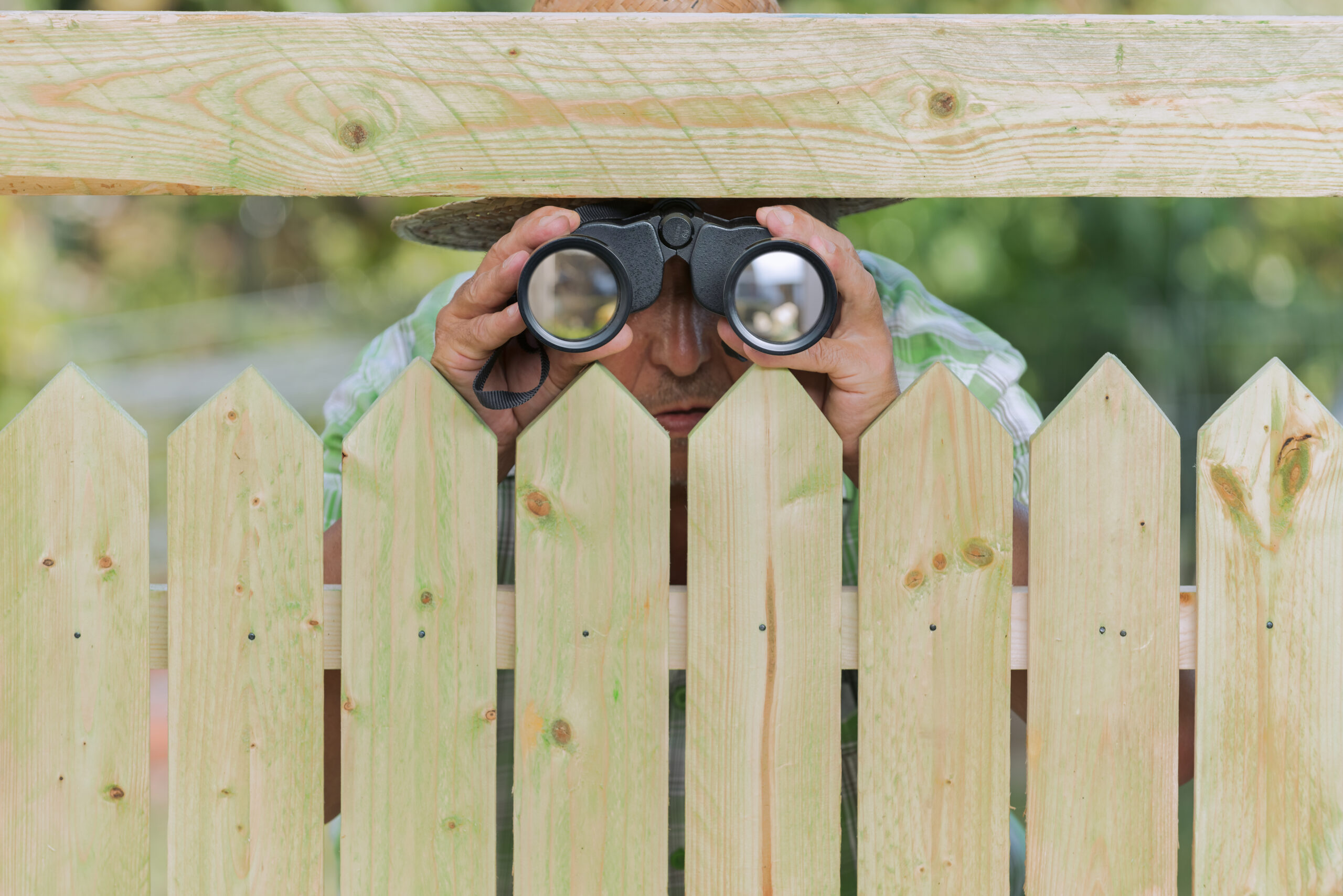 Curious neighbor stands behind a fence and watches

Change Their Mind, Have A Happy Neighbour

So, here’s the scene: you want to build an extension to your house but you know it’s going to cause a lot of disturbance to your neighbour for a few weeks and you don’t want to upset them. Or maybe they might even try to block your planning permission?

How do you get your outcome and keep them happy at the same time?

Well, the first place to start is that it will be so much easier if you’ve been a good neighbour to them already. If you allowed them their extension, they are much more likely to allow you yours. Or if you brought them their shopping when they were in quarantine, they are much more likely to put up with a bit of disturbance for a week or two. Makes sense, right? If you’re not the type that’s minded to this type of behaviour, consider it an investment.

And then raise the topic early. Go round with a bottle of wine and a box of chocolates and tell them your plans. Tell them you appreciate how it is going to be a disturbance for them and tell them up-front exactly what you’re going to do to minimise it or make good. If they really get that you are taking them into account, that will go a long way to helping them be reasonable about it too.

What if they’ve got a valid concern?

If they do have any concerns, listen to what they are. Find out what’s behind them – sometimes the other person isn’t a very good communicator and might just give you a blunt ‘no’, but if you find out the specifics of that ‘no’ and the reasons behind it, you can usually find a way of addressing it and getting your outcome. Play back their concern and they will get you fully understand it.

View it as a problem to be solved: I want my extension, you want your peace and quiet, how can we solve this equation?  If you want them to be reasonable, you have to be reasonable first, so do show you are willing to make changes to accommodate their concerns.

One trick that can help is to have the conversation actually at the site where the work is to be done, now you can both be standing alongside each other facing the problem, and it will make it easier to build that spirit of collaboration – the two of you against the problem.

Do some horse trading

Solving it might include trading. Is there anything else that you can give them to sweeten it (allow their Saturday visitor to park on your driveway when you’re out) or they can give you in return for compromising on your plans (you agree you will only use the back entrance, but they agree in return that they will (finally) trim back the tree that is leaning over into your garden)?

Maybe they can even benefit? Instead of making good, can you actually make better? Maybe a couple of hours tidying up can actually improve the neighbour’s situation. Or maybe they can borrow your builders to do some work of their own eg, fix the broken patio or touch up some of the old stone work?

Don’t expect them to be rational

Don’t expect your impeccable logic to be the great persuader. People make decisions on emotions much more than we imagine. Identify these emotions and acknowledge them (“I know you’re worried we’re going to…”) and address them (“…so what we’ll do is…”).

And maybe soften the emotions with some kind of gesture. This could be a genuine disturbance for them so perhaps a bunch of flowers or even paying for their meal for two at a nice restaurant might be a small price to pay in terms of the overall budget but will buy a whole lot of goodwill for you.

You can always get a second opinion to assess whether your request is actually fair or not – after all, maybe you are being a bit difficult yourself (and in extreme circumstances, a mediator is not a bad idea).

But equally, remember, their irrational objections don’t actually seem irrational to them, it’s just that they have a different rationale. So, work with their rationale. You will find it much easier to persuade working within their rationale than trying to change it.

Alternatively, maybe you could find an ally to help you. Let’s say the husband is the one that is being the grumpy one and the wife doesn’t have any issues at all. You can ask the wife what does she think would turn him around and she may well know just the trick.

But what if they are dead-set against it?

What if you’ve tried all the above and they are still resolutely against the idea, then how do you turn them around? This is especially a worry if they actually have the power to block it. In this instance, you have two choices. The first is to do all the above again and more and better. Maybe your first attempt at persuasion just wasn’t as good as it could have been. So try again and try better.

The second option is to appeal to their generosity and ask it as a favour. Paradoxically, if they have the option of saying no, they are less likely to. “Listen, you can say no to this, but it would make a huge difference to us if we could… I’ll leave it up to you.” You’ll be surprised, this can turn around the hardest of hearts. And then, when they do, acknowledge it and show your gratitude.

Neighbours can be a pain sometimes. But they don’t have to be. If you go about it the right way, you can get your extension built (or whatever it is) and have good relations with them as well. And given you’re likely to be neighbours for a while, you might as well give it a go.

Say hi to them from me.